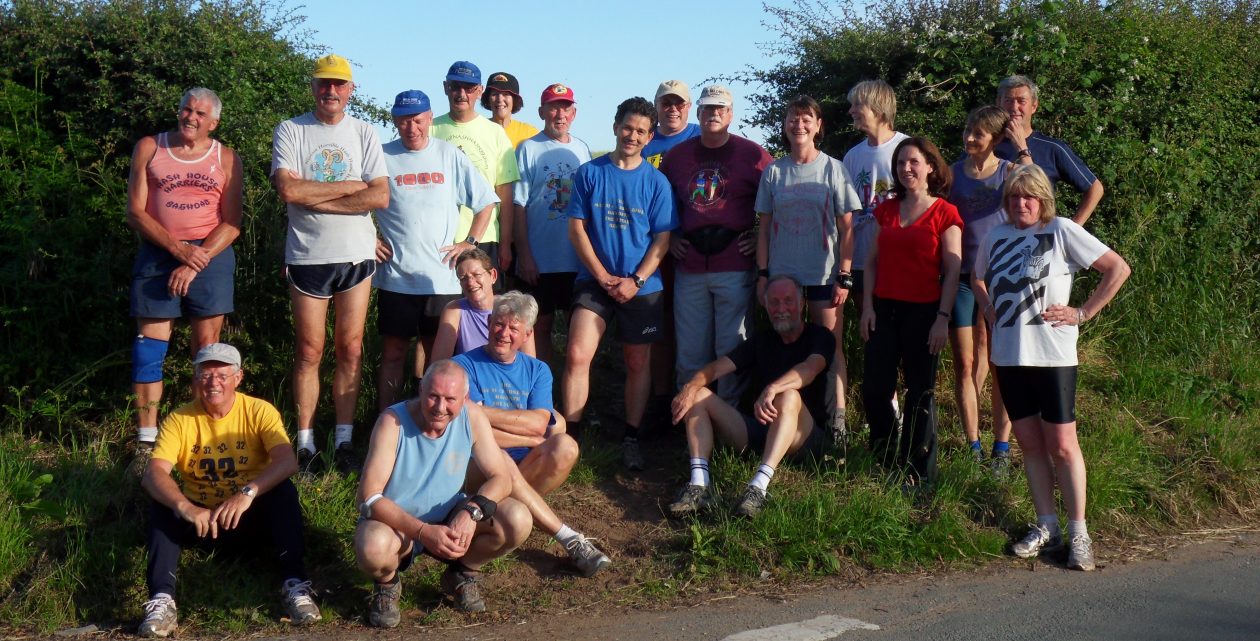 Donnington H3 R*n 2275 Hare: Rockin Robin. As Storm Callum battered the Welsh and South West coasts yesterday we still got plenty of wind and rain in Shropshire, so would Robin’s trail survive? 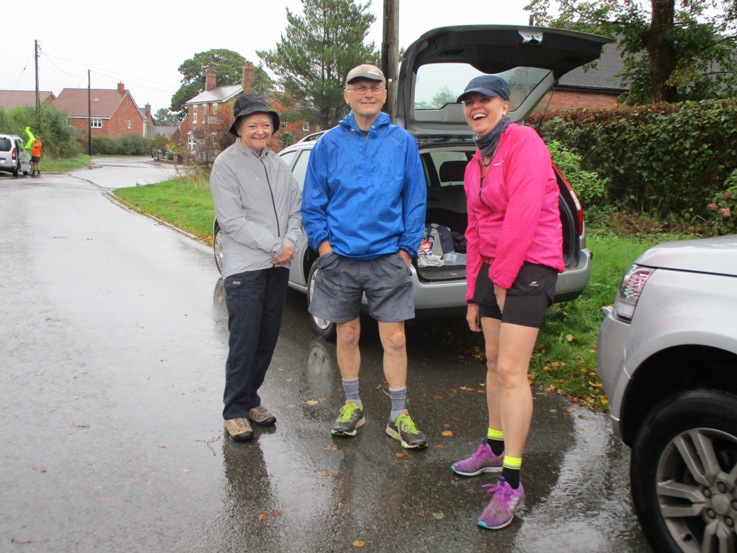 Well it was a wet grey morning when a hardy pack gathered at the Salopian Brewery at Hadnall, unfortunately for the pack Robin’s directions were not that accurate as several cars had to be moved. With pack gathered around Robin he gave them the word, there would be cows and sheep and no strange marks, Robin doesn’t do strange marks 🙂

The pack was OnOn in to the drizzle and mud in the countryside around Hadnall. There were plenty of long trails and checks, lots of shiggy a word almost forgotten through the dry summer of ankle breaking pasture! The FRBs kept up a good pace with no re-groups we made it back home just over the hour mark.

I headed into the New Inn and the warmth of the bar, nice to see the welcoming sign outside to the Hashers, just as well we can’t read and the pub doesn’t know that we aren’t a Running Club! The New Inn had several nice beers on tap, my first was a pint of Tribute. Circle time and as none of the new Joint Masters were in attendance I carried on, you lucky people 🙂 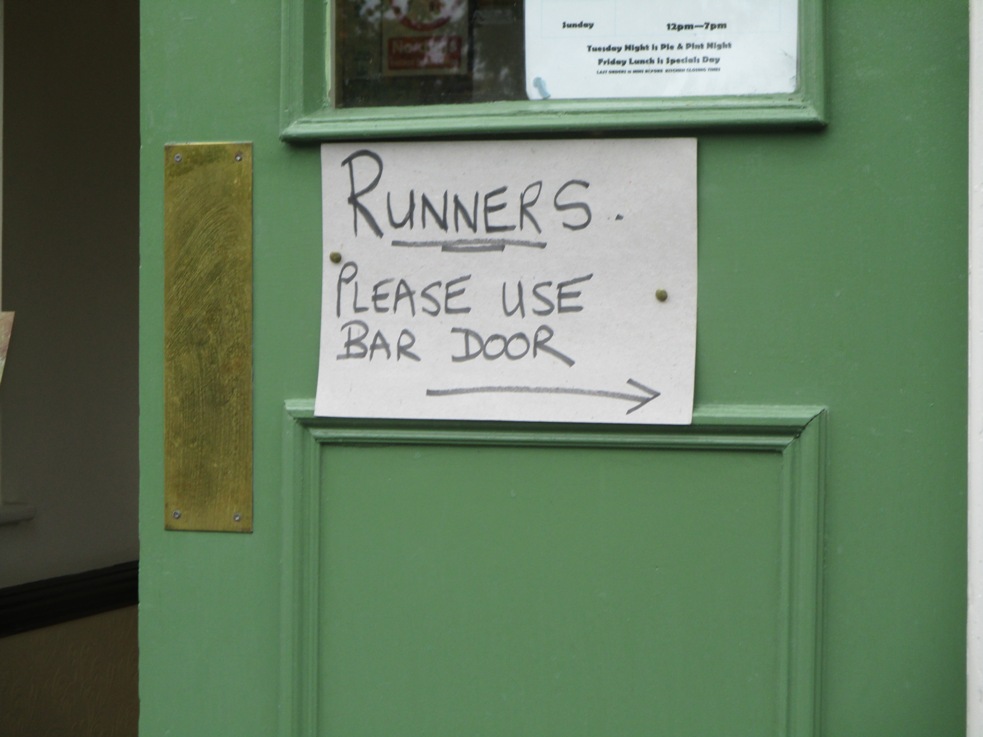 First Down Down was for todays Hare Rockin Robin, what did the pack think ? JK too wet, Wendy too wet, in fact the whole pack thought it was too wet. DH3 aren’t mean and we agreed Robin deserved his Down Down, here’s to him he’s true blue….

Next we welcomed another virgin to the Hashing family, welcome Simon you are most welcome to Donnington Hash House Harriers and The Drinking Club with the Running Problem 🙂 One final Down Down to a Hasher with a Hangover, nice one Graham as they say a little of what makes you bad makes you better !

Circle then handed over to Mary the Raffle Mistress and a happy virgin taking away a raffle prize. With no food today the pack sampled a few more beers from Bass to Timothy Taylor Landlord. Plenty of friendly banter and finally todays Hash came to an end.

Next weeks trail is from The Weir in Shrewsbury, Hares are Michael & Ewa and back to The Dog & Pheasant.