Hares Mark & Wendy at The Travellers Joy in Horsehay – a favourite haunt of DH3. 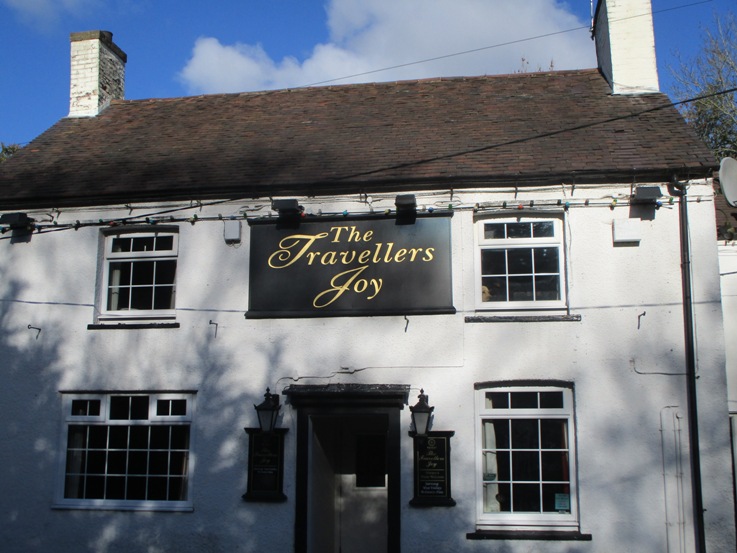 It was a blue sky chilly morning and the clocks had gone back, the sunny morning brought another good pack out as DH3 welcomed back friends from Shawbury Joggers who were having a busy week-end after taking part in the Pie Athlon at Grinshill on Saturday morning (as did Jane, Andi and Dave M). We also welcomed another Virgin from Shawbury Joggers but we will get back to him later.

At the OnOn the Hares informed us that – anyone getting lost and missing would have an interesting time on the trail, they said ‘don’t go over crosses and there might be crosses where you don’t expect them to be!  If you ignore them you may end up going around in circles and be back to the pub before it opens!’

With the Hash On the pack set off,  4 minutes later a few stragglers arrived and set off in hot pursuit.

The area around Horsehay has been hashed on many occasions but the Hares still found new territory and their cunning use of False Trails kept it very fresh. At times it became a game of spot the footpath, from one field to the next. 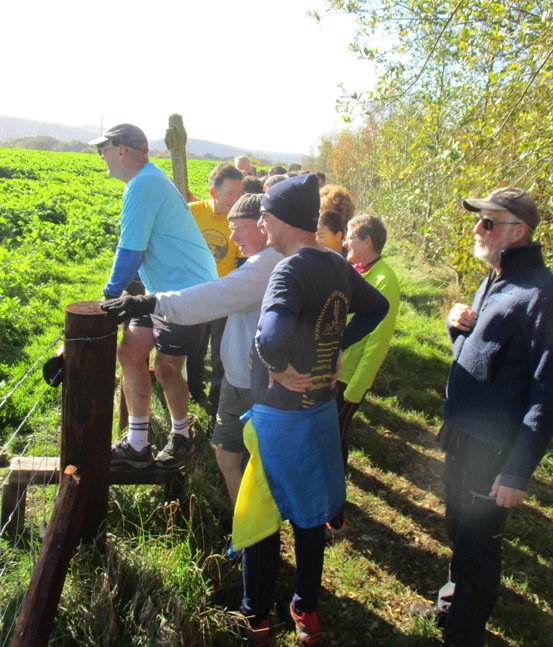 Keeping up a good pace the FRBs were soon back at The Travellers Joy.  The pub is popular with the Hash having a good selection of Wye Valley beers, my personal favourite is HPA but they also had Butty Bach and Dorothy Goodbody.  Adrian (Mr Pink) was busy collecting more sign-ups for the Hash Dickensian Christmas Extravaganza, I don’t know who he has cast as Mr Scrooge yet but I am sure someone is getting a lot of nominations!

With Halloween just around the corner Chris H. seemed to disappear and in her place we were visited by The Wicked Witch of The Hash! 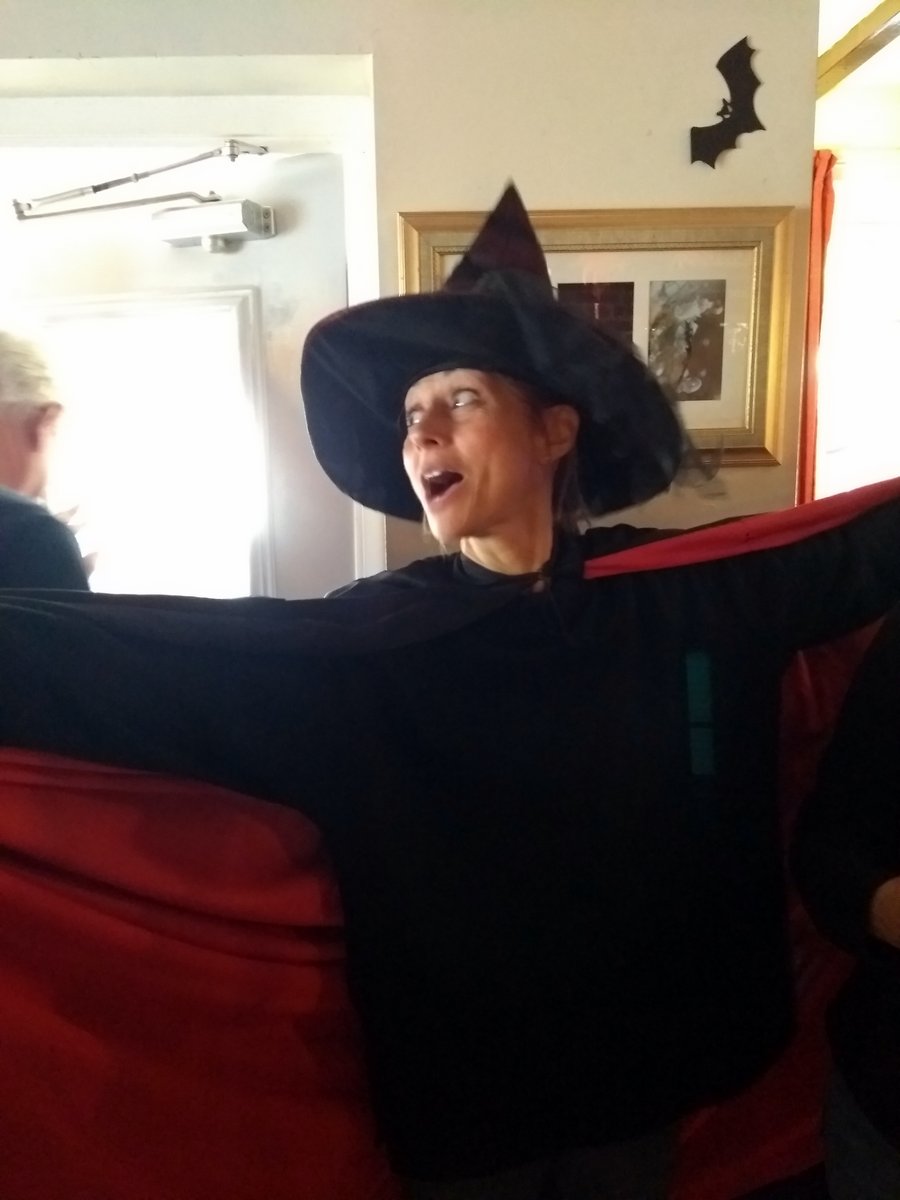 Our Joint Master Paula called the Circle. She began by pumping up the Pack, I can’t hear you!  What did the Pack think of today’s trail?  – Everyone was impressed that it was, just long enough, just sunny enough & just cold enough.

Deserved Down Down’s for the Hares  Wendy & Mark.  I have to say Wendy downed it impressively!  Next Paula welcomed Roger our new Virgin from Shawbury Joggers to DH3 and the Hash family. The final Down Down after a little banter about whether the passenger should get one and it went to Andi for getting lost and missing the start of the trail.

With the last Down Down complete the Circle was handed over to Mary, The Raffle Mistress,  to spread more joy to the masses and that lucky winner of the Toblerone, – this week Wei Lee.

The Landlord & Landlady generously provided excellent hash fare of sausages, bread & chips at no charge as they enjoy having their pub full of noisy boozy hashers, – go figure?  It wasn’t hard to notice a drop in volume this week as some Hashers were seen going up for seconds & thirds, someone wasn’t getting Sunday dinner!

Time was passing and with that hour less daylight Hashers began to drift off to do Sunday stuff, which may have been visiting an Asian supermarket for raffle prizes or drinking a pint in The Pheasant.