A cool & gloomy grey morning saw a good turnout on the car park for Graham & Jude’s trail  in Shifnal with Adrian brightening up the morning in Luminous Pink apparel – bit too much when one has had a few the night before.

At the On the hares led us a merry dance around the back streets of Shifnal before heading out into the countryside, where we encountered the obligatory shiggy that Graham is famous at finding, – he really should migrate to East Grinstead as he would be at home there. 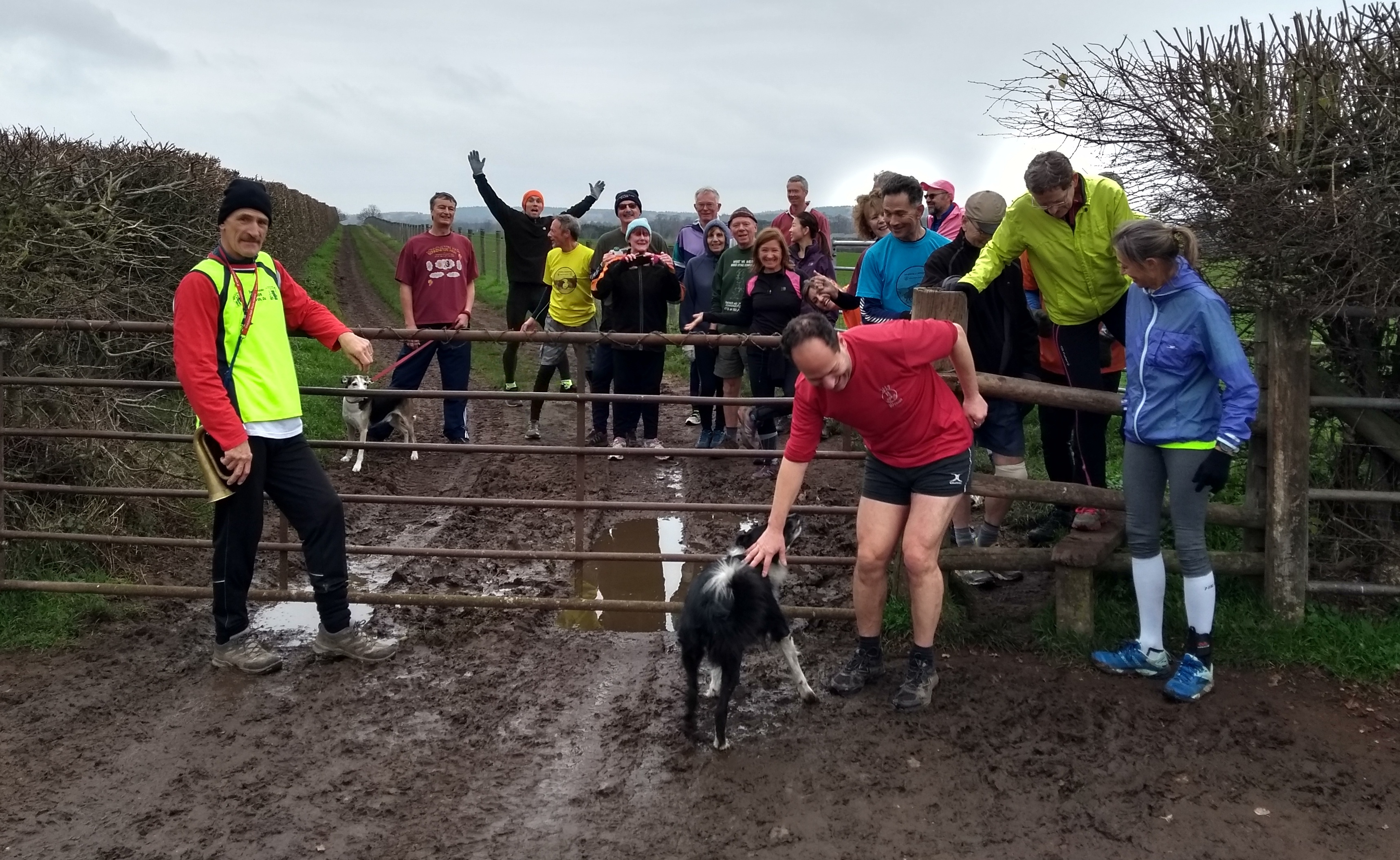 Milly clearly doesn’t like mud as she squeezed along the fence line to avoid getting her paws muddy while the less delicate plodded through the middle of it.

A conversation about sheep followed when some were spotted in a field nearby, Nick wanted clarity on the type of sheep but unfortunately Andrew was not able to help, which left him feeling sheepish!   But Andrew did point out that the Ram was a Texel and it would be best not to turn his back on it!

A bit of a slog ensued and then a regroup, which had the front runners moaning whilst the rest of us caught up, we had a photo call and then on to a pleasant little area through some woodland, down the steps and along by a stream.

The sound of running water obviously caught our Grand Master out as he was soon spotted going behind a bush to relieve himself – and not very discreetly I am led to believe!

Simple & Andrew were heard making strange comparisons about the Sewerage Treatment Plants that we had encountered recently and the consensus was that Shifnal’s was better than the one at Edgmond!

Back at the pub, it was rather rowdy with Paula winding up the hash and finding new words to describe Shiggy as she presented the hares with their just deserts.

Ron had a down down for going for a pee on the trail – with an audience watching, and complained bitterly that he would now he’d had two pints he would have to stop for another pee on the way home!

Dasher tried on his recently acquired vintage hash T Shirt and made the landlady’s eyes pop out on stalks when she saw his piercings!

Thanks go to Graham & Jude for an enjoyable trail and the chip butties. 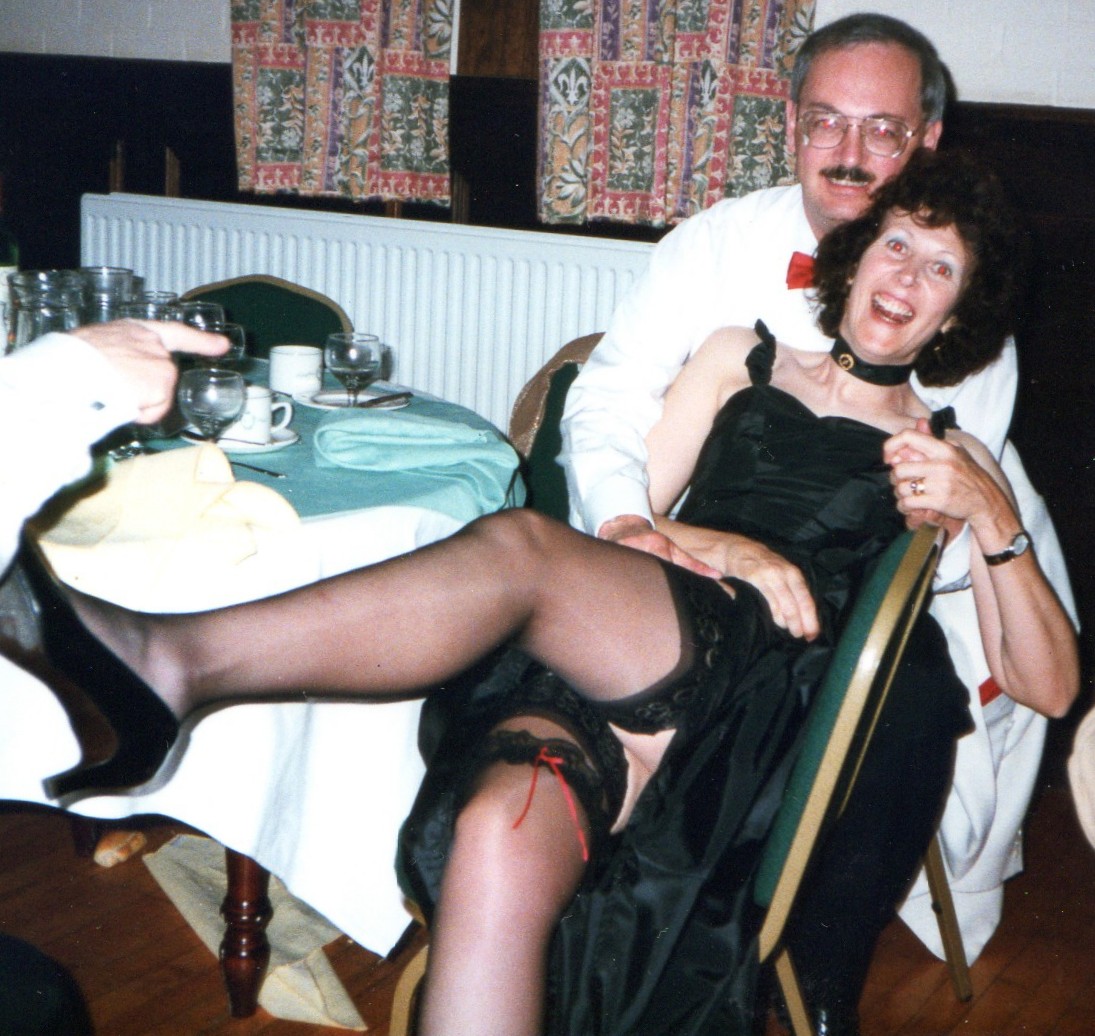 The afternoon was rounded off nicely with a rendition of Happy Birthday to Jude who was presented a lemon curd & cream cake made by Jackie, – replete with a candle – and slices of cake all round.

Oh – I nearly forgot, Pete is on the warpath after finding old £1 coins in Hash Kash – again!